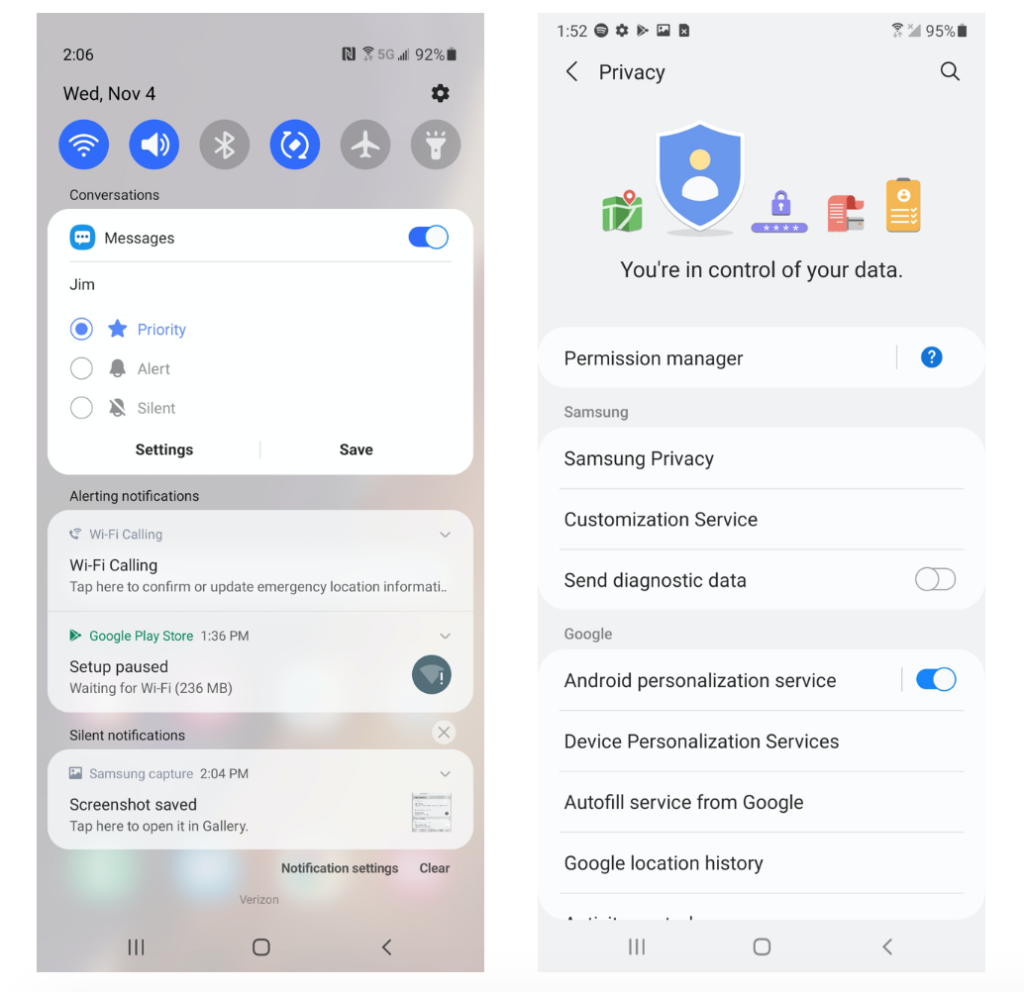 Samsung has commenced the official roll out of Android 11 for the Galaxy S20 range of smartphones with device owners in the US seemingly first in line.

The Verizon network in the US has started to push the Android 11/One UI 3.0 update, with the S20 5G, S20 Plus 5G and 20 Ultra 5G all reportedly receiving updates.

Verizon has today published the documentation for the update, which will also include the Android Security Patch for November, signalling the imminent arrival of the long-awaited update. The documents, which say the update is rolling out today, tells users of new chat bubbles, notifications, and tighter privacy controls.

“Android OS 11 offers some of the newest ways to control your privacy, customize your phone, and get things done. It’s Android, just the way you want it,” the document states (via 9to5 Google).

A beta version of Android 11 and the One UI 3.0 interface has been in testing in the US, UK, Korea and India among other countries, but that period is now coming to an end. There’s no news from the UK networks on the arrival quite yet, but today’s news raises hope it’ll be here before the end of the year. It mightn’t be long until we’re all tapping that ‘check for updates’ menu.

Previous rumours have said other carriers and unlocked versions of the Galaxy S20 range may commence rollout as soon as December 11. Android 11 was released for the Pixel phones in early September, so that would mean a three month turnaround for Samsung should it follow through with the wider roll out.

Samsung will be keen to ensure the Galaxy S20 range is packing the Android 11 operating system before its successor arrives early in the new year. Recent rumours have suggested Samsung is planning an earlier release than usual for the Galaxy S21 range, which will carry Android 11 out of the box.

Chris Smith is a freelance technology journalist for a host of UK tech publications, including Trusted Reviews. He’s based in South Florida, USA.
…

Unlike other sites, we thoroughly review everything we recommend, using industry standard tests to evaluate products. We’ll always tell you what we find. We may get a commission if you buy via our price links.
Tell us what you think – email the Editor