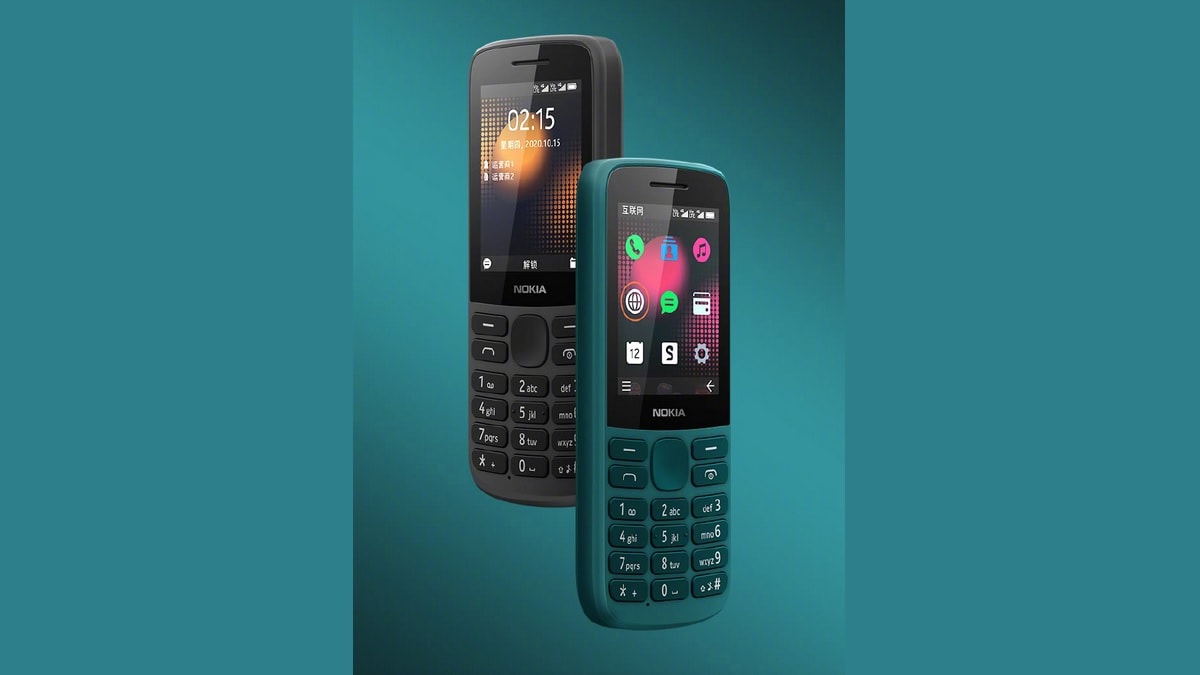 As per e-retailer JD.com, Nokia 215 4G is priced at CNY 289 (roughly Rs. 3,140) in China and is currently up for pre-orders in the country. It is offered in Turquoise and Black colour options. The price for the Nokia 225 4G has not been shared on JD.com yet but pre-orders will start from October 16 with sales starting from October 25. It is offered in Classic Blue, Black, and Metallic Gold colour options. Nokia 225 4G has been listed on Amazon UK as well with a release date of October 30 and a price tag of GBP 44.99 (roughly Rs. 4,290).

As of now, it is unclear if and when the two phone models will come to India.

The dual-SIM (Nano) Nokia 215 4G and Nokia 225 4G feature 2.4-inch LCD displays surrounded by thick bezels. Both the phones feature a 3.5mm audio jack, Wireless FM Radio, an MP3 player, and a flashlight. You get 4G TD-LTE VoLTE connectivity, Bluetooth support, and a Micro-USB port for charging. The battery is removable as well. You get a physical T9 keybaord that has been a staple of feature phones. The storage is expandable (up to 32GB) as well. To further evoke nostalgia, Nokia has added the class Snake game on both the phones.

The primary difference between the two phones lies in the optics. While Nokia 225 4G features a VGA snapper on the back, Nokia 215 4G doesn’t come with any camera.

Is Android One holding back Nokia smartphones in India? We discussed this on Orbital, our weekly technology podcast, which you can subscribe to via Apple Podcasts, Google Podcasts, or RSS, download the episode, or just hit the play button below.