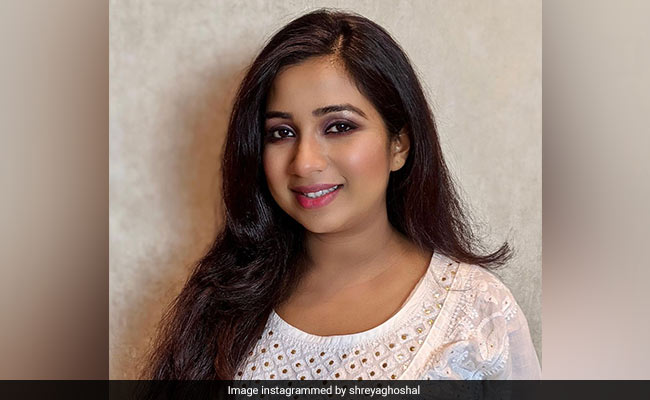 New Delhi: Soon-to-be mom Shreya Ghoshal treated us to her sweet smile and simplicity. Dressed in pristine white, the singer shows us how to keep it effortless, yet charming. For makeup, Shreya kept it basic. She went with kohl eyes, a tint of pink for the lips, and left her long hair open. “Bas yun hi…(Just like that),” she wrote in the caption. Fans simply adored Shreya’s look. The general verdict from her Insta fam was a thumbs up. Shreya, who will soon welcome her first child with husband Shiladitya Mukhopadhyaya, often shares adorable pictures with family. She posted a series of images with her pet dog, Sherlock, a while back and they were too cute.

The 37-year-old marked Holi at home with Shiladitya. She gave us a glimpse of the celebrations. “Ghar pe ghar wali holi. Happy Holi, everyone! Be safe, enjoy with family with some organic colours, gujiyas, thandais, crazy music, loads of gupshup and fun,” she captioned the post.

Shreya and her childhood friend Shiladitya got married in 2015. Speaking to The Times of India last month, Shreya expressed her feelings about becoming a mother soon. She said, “I am absolutely over the moon! We are grateful to the almighty for blessing us. I have always heard from friends and family members what a miraculous thing it is to feel a life growing within you, and now, I am getting to experience it.”

Shreya was last seen in a music video titled Angana Morey in collaboration with her brother Soumyadeep Ghoshal. She announced a new song titled Oh Sanam in which she has teamed up with singer Tony Kakkar. The track will release on April 9, 2021.

Price: (as of - Details) The Lenovo Tab M10 HD is one impressive family tablet. It is packed with powerful Qualcomm Snapdragon quad-core...
Read more
Load more