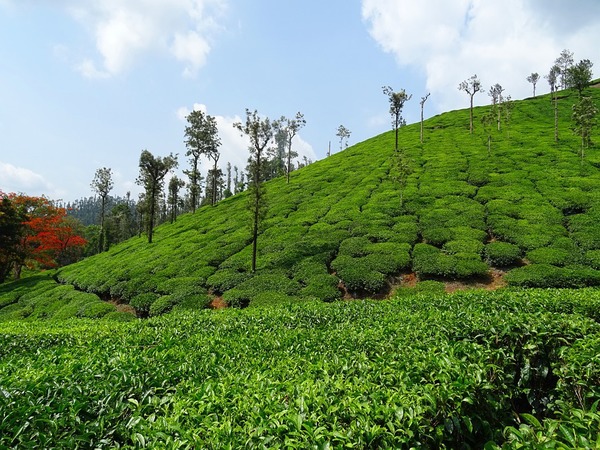 The farm sector managed to grow at 3 per cent at constant prices during the first quarter of 2019 – 2020.

The bumper rabi crops amidst relaxation in the lockdown norms have driven the growth of the agricultural sector.

Though it might not have fetched a big increase in the income for a section of the farmer’s community.

The gross value added (GVA) at existing prices for agriculture and allied sectors grew at 5.7 per cent during the first quarter of fiscal 2020 – 2021 as against the 8.6 per cent recorded during the same quarter during the previous year.

The exports of the agriculture-based products also recorded significant growth during the year despite the pandemic crisis.

Commerce Secretary, Anup Wadhawan said that the exports of agriculture sector have expanded predominantly during the coronavirus pandemic and the need of the hour to sustain this. He further added that all these signs reflect that India will soon return to pre – coronavirus levels.

Speaking at an event organized by the industry body PHDCCI, Mr Wadhawan noted: “As far as exports are concerned, some sectors have done wonderfully well. Even during the slowdown, agriculture exports and pharmaceutical exports went up”.

He added that there is a need to focus on other sectors which have not done well at the moment so that they can recover at least initially to the pre-COVID levels in the coming days.

He further said that “other sectors have not done so well in the recovery phase and we need to sustain the sectors which have done well in this period”.

He points out that there is a need to quickly exploit the short-term opportunities available at the moment to improve the performance of other sectors.

The prices of the core crops remained still during the lockdown period between April to June owing to the procurement of goods by the government, prices of horticultural products like vegetables, fruits, livestock products including milk, egg, meat, declined sharply to settle at producer’s level.

The fall was mainly due to the disruption in the supply from mandis to consumers and false spreading rumors about the spread of the pandemic virus through protein food.

This was the main reason behind the disparity of wholesale price and consumer prices during the lockdown period until July.

The countries exports slumped by 8.74 per cent year on year basis during November 2020 to touch &dollar;23.52 billion owing to shrink in the shipment of key sectors including chemicals, petroleum, gems and jewellery, engineering.

The agriculture sector witnessed a positive growth for the year and so are, the exports from this sector as wheat one of the predominant rabi harvests recorded a bumper crop for the year.